Manaus being in the route of great events is a cicle that began when the city was chosen to be part of the 2014 FIFA™  World Cup, and, after that, also became part of the 2016 Rio Olympics. From those days on, eyes of the whole world have looked into the Capital of Amazonia. The city is always open to its visitors, but you can always come here to live some of our calendar’s big events:

Between February and March, Manaus Carnival brings together the beauty and the wealth from the Samba Schools Parade and also more than one hundred Carnival blocks around the whole city, including the Historic Center, where traditional blocks like Banda da Bica, Banda da Difusora, Banda do Jangadeiro and others happen every year. More information here.

Since 2017, the Amazonas Folkloric Festival takes place in Ponta Negra, one of the major Manaus postcards. The festival is a special moment for many communities from the city, when they present their folkloric groups and dispute in dance categories such as ‘cirandas’, ‘quadrilhas’ and other typical dances. Besides watching the presentations, the public can also enjoy the gastronomy, since the festival offers a variety of traditional food. More information here.

‘Passo a Paço’ is a project that aims to occupy and resignify the Historic Center of Manaus through culture. The event happens in August, and brigs together national and local musical artistas, theatrical spectacles, gastronomic fair, expositions and other attractions. More information here.

It’s the traditional celebration of Manaus anniversary, following the rhythm of ‘boi-bumbá’, always in October. The festivity happens in one the major postcards from the city, Ponta Negra, where ‘electric trios’ (popular sound trucks on top of which the musicians play) are followed by people dancing and singing ‘toadas’ (the type of song characteristic of ‘boi-bumbá’). More information here.

The fireworks show and the musical concerts of national and local artists reunites thousands of people in Ponta Negra Beach to celebrate the New Year’s Eve, turning the city and the sky into a great spectacle of colors, lights and joy, always in the night of December 31 to January 1st. More information here.

There’s also festivals, spectacles, parties… you can check all the events in our agenda.

From the Meeting of Waters to the Opera House, there are many attractions you can visit here in Manaus:

• Essential Places to Visit in Manaus •

Manaus in Rock in Rio

In 2017, Manaus was the only Brazilian city to be part of the music festival Rock in Rio 2017, having a touristic booth inside the City of Rock. The rock band ‘Tudo Pelos Ares’, from Amazonas, also performed a concert in the festival, on the Rock District stage.

And check out some images of the city here: 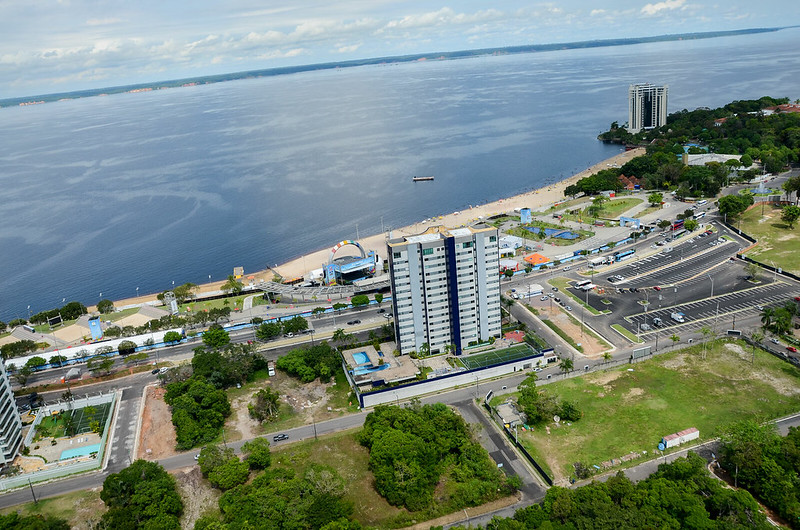